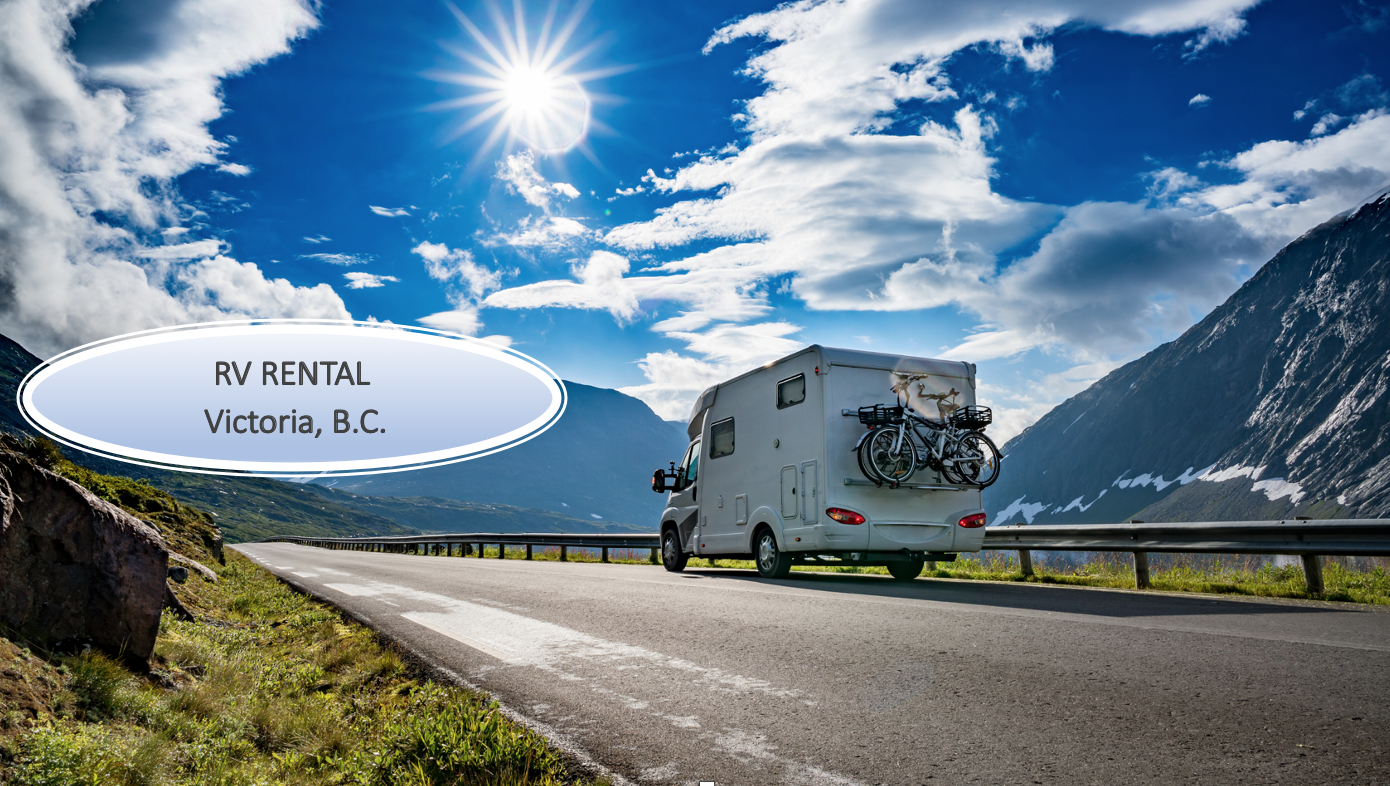 Premium RV rental in Victoria, B.C. Canada. We provide a professional and easy rental experience. Located in Victoria B.C. Canada we have a great deal to explore in this corner of the world.

Our family of 4 had a fantastic experience renting Paul's RV. The RV is well maintained, fully outfitted and easy to drive. Communication with Paul was really great and he responded quickly to my questions. He was patient and reassuring to work with for our first RV trip. Highly recommended. Thanks Paul! 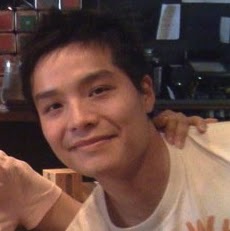 Paul was great to deal with. Very flexible. The RV was in good condition, easy to drive. I appreciate the slide out for extra space. Highly recommend rving in Victoria.

It’s a nice rental experience with paul and his RV, super detailed and paul prepared lots things in the RV to make sure you will enjoy your trip 100%, the RV is good maintained and super cleaned when I got it, and Paul sent us lots his videos for how to use it, I’m the first time to try this and Paul’s video is very detailed And helpful, the whole family enjoy it very much, thanks again.

Paul Cook canceled the booking 5 days before departure. This is an automated posting.

Paul was super helpful in preparing us for the trip, during and after. He made everything super easy for booking and answering any questions we had. The RV itself is in great condition and drives extremely well. We were exploring the island and got hit with a ton of snow and the RV handled it so well. The awning is an awesome feature. Awesome trip, will definitely book again if we are in BC.

Paul took the time to explain how the RV worked and what to look out for. He is very calm and supportive. We felt at ease with the RV. We had a lovely time camping as a family. The Rv was roomy and comfortable.

Paul was such a gracious RV host. It was our first experience and his thoroughness with operational videos made it seamless. The detail provided to manage the RV was exceptional. It made our trip an ease to drive and tour about in. It was fully equipped with all the essential kitchen tools and cleaning supplies. An onboard bbq and a large outdoor carpet was also perfect for outdoor gatherings. All in all, the Mercedes Winnebago was incredibly comfortable, a pleasure to travel in and everything worked as it should. Thanks so much!!

My family rent Paul’s RV two times during this summer. The RV itself is in good condition, clean and easy to drive. Paul is friendly, fast response and answer all my questions along my trips. My family had lots of great memories in this RV! Will definitely come back for more RV trips!

Paul is wonderful! He is kind and explains all the working systems. The Winnebago is beautiful and comfortable to drive, live, and sleep in.

Paul was very accomodating and tried to ensure our trip was a good one. We had some electrical issues the first night and Paul came to our location to fix it and also called a mobile mechanic to come as well. Paul even reimbursed us for the inconvience. The diesel engine sips the fuel as well as the propane fridge only used $10 for a week. Bed was comfy and you need to bring your own bedding. The unit is very easy to drive and turning radius is great for tight areas. A hot shower while camping was a real treat along with a microwave. We had some difficulty with Bluetooth on the stereo so best to bring your own speaker. He said there was an app to download to use the bluetooth but we had no cell lhone receltion most of the time.
My daughter was getting married so we parked the RV at the venue and used it as a dressing room and we later slept there as well. Very convenient. Overall a great experience.

The RV was great, clean and well kept. It was easy to drive and Paul has great videos on how to use everything on it. It comes with great extra equipment and AC which was amazing during a bit of a heat wave. You can tell Paul really cares as an owner and wants you to have a good time. The only issues were another renter had damaged the awning earlier this year and because of supply issues it hasn't been able to be replaced yet. Also there was an incident with one of the waste tank valves not being closed at pickup that led to a spill. I think Paul will be double checking that in the future. 4.5/5

Hello, thank you for reaching out. As you can imagine this has been a nightmare. To start with when I settled into the camp site at French beach I noticed that things were damaged in the unit. The bathroom door latch would not latch, it would not close. Secondly the drawer latch released as my husband was driving and some cups broke and smashed on the floor that was included in the rental. Nextly the water tank was empty, we were told fully loaded and prepared. We had been clear on the booking we planned to do more remote areas, less population. Which meant no rv parks, no hook ups. So we had no water for the first night. We then had pushed the button for the awning and we had to help the awning off the wall and it didn’t pull out right. It then jammed and twisted as if it had previous damage. The structural integrity was very weak. The weight of the awning snapped it when it twisted. Being that the arm was twisted and broken we managed to gently roll the motorized tarp back sucked up to the wall so the awning itself would not risk tearing and also given the loss of one arm it would put too much weight on the other arm. It would not have been drivable elsewise. We then had dinner in the rain with no awning and no oven available on the unit. We BBQ a burger and had no BBQ brush so we had to do it on a dirty grill. After to clean up there was no broom, just a crappy vacuum that barely had any suction, I then mopped with a broken handled mop. So our night was exhausting and distressful. We had poor service being so remote and I could not make any calls out. Only a couple odd texts when I drove up the road awhile. I messaged Paul and made him aware of the situation first thing in the morning. He told me to call and wait for a tech to come out. This is unacceptable as the unit was capable of driving back and I only had a 4 night trip booked with my two daughters and husband we have been anticipating and saving for for a while now. We are in a remote area so a tech would have come out who knows how long and the unit would need repair. We do not have time for that as it is limited. Paul told me to call you guys which I could not until we got service in sooke. I explained that we could not afford to pay for this without refund, that we can not wait around for a day or two for it to be fixed. I called outdoorsy as soon as we got to sooke and they instructed me to wait til Paul contagts them to sort it out. So I cleaned up everything to perfection and refueled it. We brought it back and he said he was taking it in. I agreed. I asked if he could let me know as I cannot afford to not be refunded and to add new accommodations to cover this disaster. I even messaged explained that if they did remove the awning that if I were not promised a refund that I would have to use the unit regardless. He never contacted or responded to me until I phoned Late last night because he was avoiding me. We had to scrounge to find a room as everything needs to be prebooked here. I then see he is not refunding a huge portion and my deposit. This is not ok as he did not pull the awning out to show us working order... he took pics but this would not be noticeable unless the awning were to be fully extended. This happened in front of my husband and two other adult women we are traveling beside. I have pictures of when it happened. This stress has really hurt this trip. This is fraudulent as far as I concerned... we have had a very difficult time trying to replan this trip and we are 15 hours from home, the northern part of this province. Paul is being unreasonable saying his refund policy is strict! I am aware if we cancelled, but he gave us A faulty unit and we are left hanging to dry! My husband has his class one a professional driver, he is a mechanic, and we have lived in and out of RV’s in camp for many years! We only rented one here so we didn’t have to pay the large price on the ferry to get here. It was supposed to make it cheaper and easier! Boy was I wrong! I am now stuck with $300 worth of parishable Groceries I am keeping in a hotel fridge. This going back and forth had exhausted me and my family. This has cost over double to go on a simple getaway! The contact numbers for the other witnesses or written email of testimonials on what happened during the awning situation is accessible and offered if needed and I will include the pics after the awning arm broke. I am requesting the full refund as this has been horrible. I plan to go to the BBB and local MLA to make a formal complaint and I will look into civil court and public testimonials as I believe Paul should not be trusted to offer his unit or his word and is a scam overall. This is not ok and should not be allowed to happen to anyone else. It is fortunate no one got hurt when it collapsed and twisted as I have a 6 year old Who was sitting under it. Thank you for taking this on and look forward to hearing back from you.

RV was great, as first time RVers the videos Paul provides were very helpful. Paul was nice and very responsive, helping us on route with little details we couldn't figure out on our own. RV has everything you need and more.

My Partner and I had a lovely trip in Pauls RV up in Port Renfrew. We were able to survive for three full days including two showers, dish washing and toilet flushes on 2/3rd of a water tank without hook-ups. As it was our first experience renting and driving an RV, we found the video's Paul sent beforehand very informative and helped us to problem solve certain things we were not familiar with (ex. shore power/ generator connection/ emptying black water). Paul was very accomodating and generous during our rental period.
Some highlights to note:
- Bluetooth connection for music
- 2 adult camping chairs, a BBQ, and kitchen utencils in good working order
- Black Adder and other hilarious movies available to watch
Some points to note ahead of time:
- the middle drawer's magnetic closing device is weak and the drawer will slam open when taking a corner on the highway (the sound freaked us out initially)
- take extra care when dumping the black water.
- remember to bring your own pillows and bedding, hand towels, bath towels, dish cloths, etc.
Overal,l we had a great time and would love to rent Pauls RV again in the future!